For the artist, see Temmie Chang.

Temmie (/ˈtɛ.miː/) is a species of monster in the Underground. They appear as a unique enemy in Waterfall, residents of Temmie Village, and the vendor of Tem Shop.

Contrary to popular belief, killing Temmie accrues EXP and is considered a kill by the game, which causes a True Pacifist Route attempt to fail.

Temmies resemble cats, with dog-like ears on the side of their heads as well as their normal cat ears, shoulder length black hair, and blue shirts, excluding the Temmie Shopkeeper, who has gray hair and a striped blue and yellow shirt instead.

Temmie Chang says that Betty Kwong designed Temmie originally. Temmie liked the doodle so much that she used it as a mascot for years until it made an appearance in Undertale.[1]

All Temmies share an erratic manner of speech, where they often exclude letters, mix lower and upper cases, make inconsistencies, etc. There are some exceptions, however; Bob always speaks in perfect English, the Temmie Shopkeeper speaks in fluent English when the protagonist refuses to sell an item she wants, and regular Temmies in-battle speak in somewhat proper English when denied Temmie Flakes.

In battle, Temmies find the protagonist to be adorable and refer to them as such despite attacking them. However, they also find muscles to be disgusting, as evident by their negative reactions to the protagonist's flexing should they choose the "Flex" option. Because of this, when Aaron, a monster who has tight muscles and an obsession for flexing, appears as a result of the "Flex" option, Temmies are so put off by them that they flee on sight shortly after. 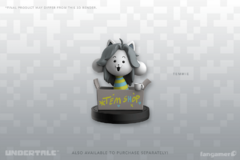 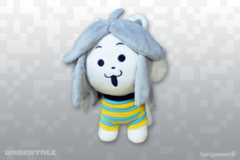 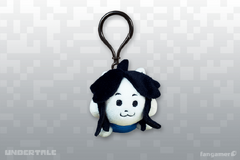 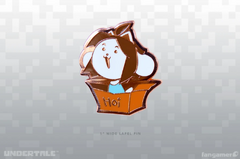