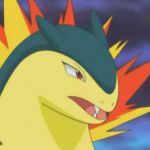 Hey, so I was a bureaucrat on this wiki. That's something. I've left the wiki, so if you need something, bother one of the other admins!

I bought Undertale on September 19th; I knew nothing about it, other than what I saw on the steam page, and a single picture of the Lesser Dog. (although I don't think I actually realized that the dog was from Undertale at the time.) I simply thought "hey this game looks neat," and within an hour of playing Undertale, I fell in love.

I think the reason I've worked on this wiki so much is that when I first got the game, I kept trying to find things out about the game, but the information just wasn't out there yet, so I felt obliged to go out and put it there.

I edited the wiki a bunch and then a ton of vandalism happened. I learned that I could become an admin by adopting the wiki. So, I sent in my application, and checked it every day for about a week, and BAM, I was bureaucrat.

I had a pretty fun time editing the wiki, but I feel as though the wiki is essentially finished, and administrating it was a large time sink, so I left.

Retrieved from "https://undertale.fandom.com/wiki/User:Velocity_Chicken?oldid=335629"
Community content is available under CC-BY-SA unless otherwise noted.